In this month’s newsletter:

It’s been a busy summer at Griffen Fitness HQ, with lots of outdoor exercise and cycling about Edinburgh (the quickest way to get around the festival traffic).

We’ve joined the lovely Love from Indie Street, who produce gift vouchers for high quality Edinburgh independent businesses. I was also interviewed for their blog.

My ‘Philosophy of movement’, a wee story I penned on why I run is featured in issue #6 of the very fine running magazine Like The Wind. It’s an excellent read if you need some motivation to run. Clients can borrow a copy from the studio, just ask. 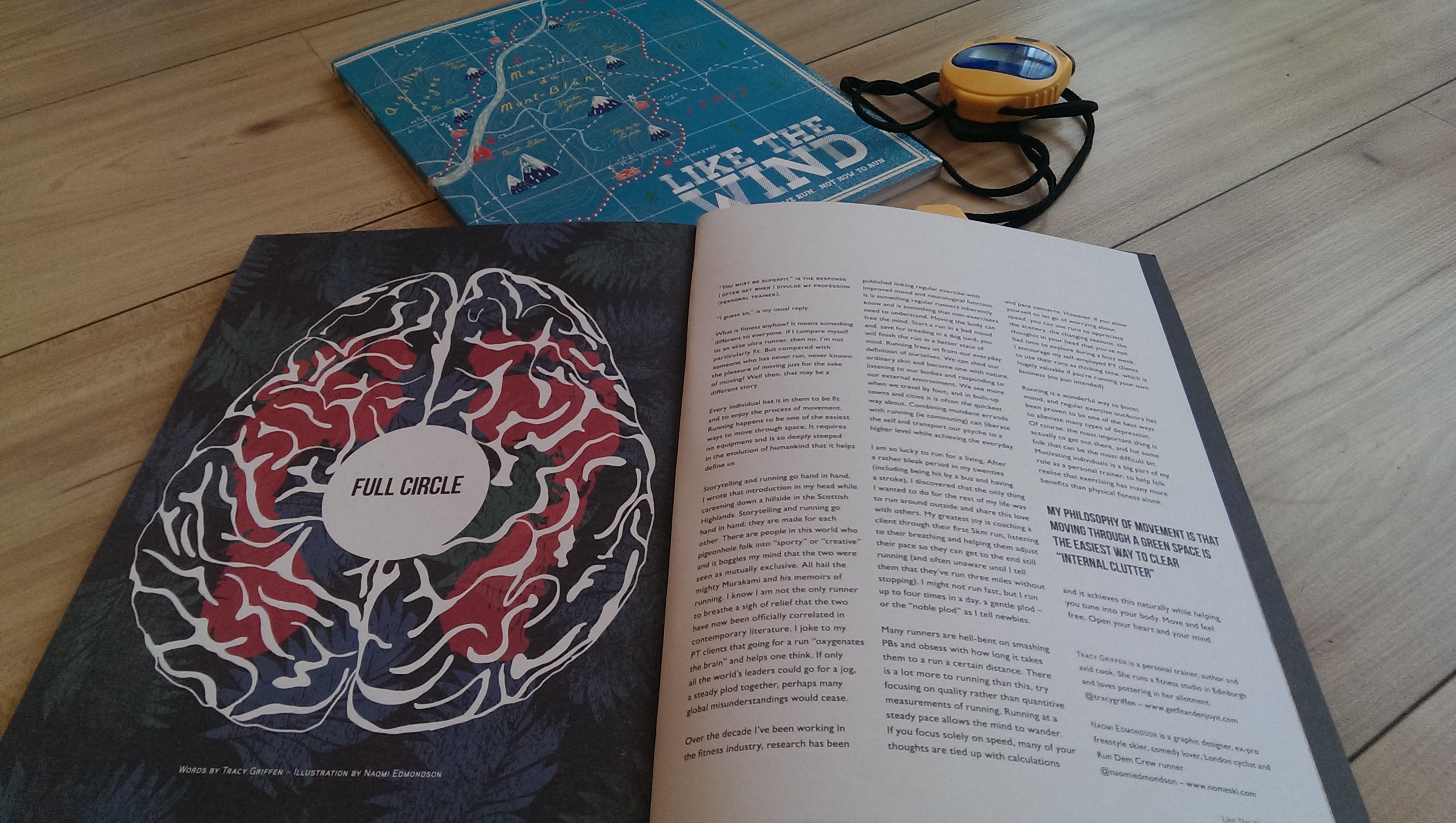 Griffen Fitness was also recently featured on the Sporting Chance Initiative blog. SCI is Scotland’s hub for business innovation in sport, whose main focus is to enable start-ups and established companies to bring new products and services to the sports market.

Easy Seasonal Recipe: Super Cabbage Soup
Cabbage soup has a bad reputation. When I previously thought of cabbage soup, I imagined watery weak broth that tasted awful. Thankfully I’ve discovered a way to make it taste really good – add some fat! Cabbage is really good for you, a cruciferous vegetable that should be eaten regularly and enjoyed. A small amount of fat is needed in your diet, and this recipe has a small amount of butter, olive oil AND blue cheese. And it tastes really good.

–    Chop up onion and garlic (if using). You can also use leeks, spring onions or shallots, whatever you have spare.
–    On a lowish heat, melt a dab of butter with a splash of olive oil.
–    Saute the oniony bits, no hurry.
–    When the onions are translucent, add in the potato and stir about.
–    If the potatoes start sticking, add in some stock.
–    After a few minutes add in all the stock, cover and simmer until the potatoes are well cooked (around 20 minutes). Give it a stir from time to time, and mash up some of the potato cubes to form a creamy base.
–    You can prepare the above soup base in advance and have it ready on the hob.
–    When you are nearly ready to eat, heat the soup and toss in the cabbage. Cook on a medium heat for 10 minutes.
–    Enjoy this soup with a small amount of blue cheese crumbled in at the end. A traditional Spanish recipe requires sliced pan-fried chorizo added in at the end instead.

Article of the Month: What the F is Feldenkrais?
Over the years I’ve met many other fitness and well-being professionals around Edinburgh, including Jae Gruenke, a Feldenkrais practitioner who pops up everywhere. She runs the Balanced Runner and is one of only three Feldenkrais practitioners in Edinburgh. But what is Feldenkrais anyway? To quote www.feldenkrais.com, “The Feldenkrais Method is a form of somatic education that uses gentle movement and directed attention to improve movement and enhance human functioning.”
In my session with Jae, she manually manipulated my limbs whilst I literally fell asleep on the massage bed. I found it very relaxing and I stood taller afterwards. This little-known method is named after its originator, Moshe Feldenkrais (1904-1984) who was an engineer and physicist as well as a Judo teacher. It’s great to help realign your posture and help ease movement. I’ll be back!

And Finally: A Probe into Microbes
Instead of the usual silly video, this month I’d like to feature a verrrrry interesting read about what goes on in your body. ‘The Diet Myth’ is the somewhat vaguely titled book from Professor Tim Spector, which delves into the mystery of the micro-organisms that inhabit your body. It’s a fascinating read and will change the way you look at your food. Blue cheese becomes a superfood.

Have a happy and healthy September,