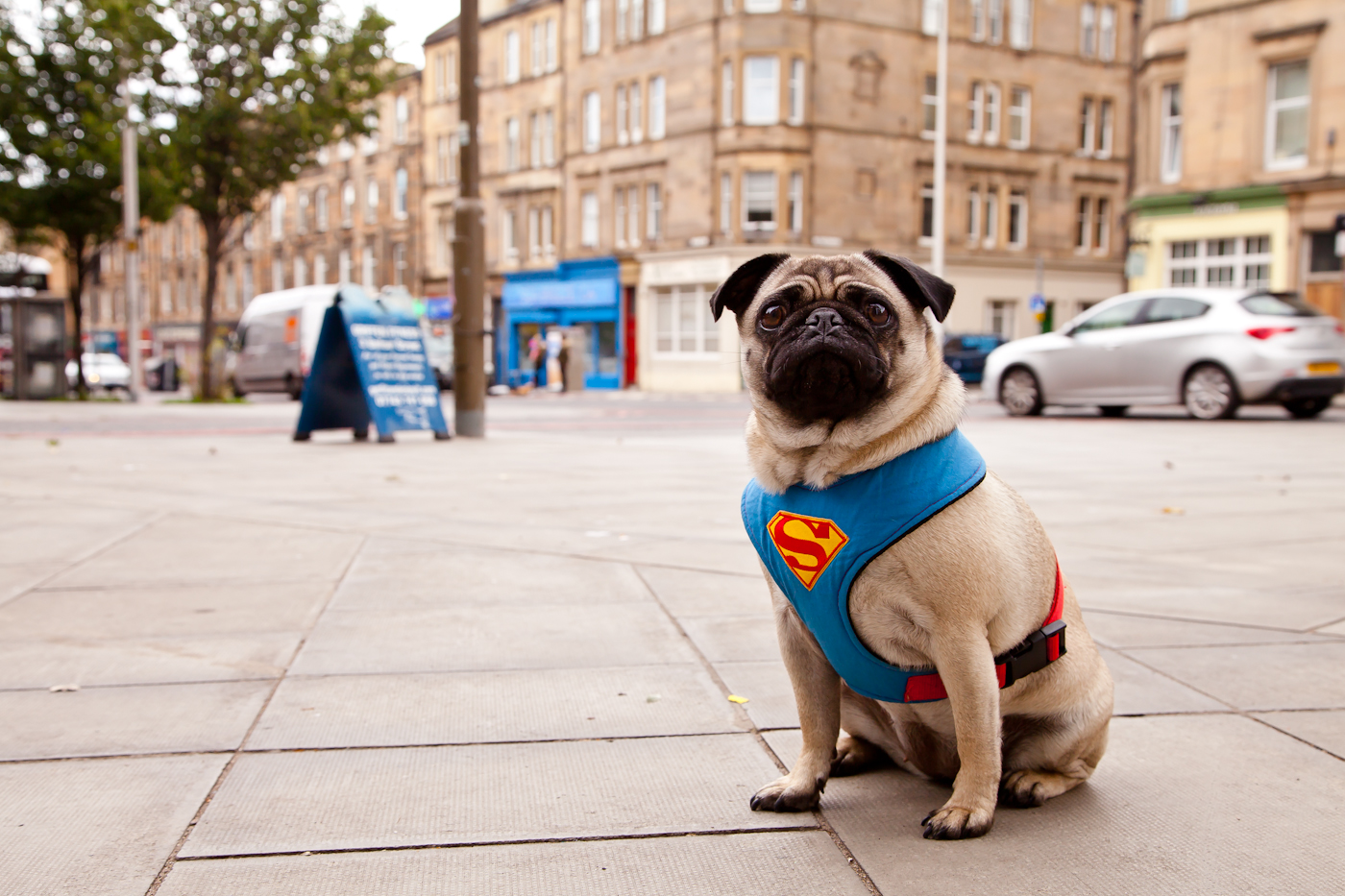 Welcome to Edinburgh Festival month. It’s the month where the capital is overrun with tourists, mime artists and the associated crowds – get some exercise and try walking around Edinburgh, it’s the fastest way around for the next month!

Speaking of festivals, we have 5 pairs of tickets to giveaway for this weekend’s Foodies Festival. To win, simply email me by the end of Wednesday with your favourite new potato recipe.

Coco the fitness pug is now on Twitter. Check out her tweets (woofs) about fitness from a canine perspective. With lots of photos. Woof!

Easy Seasonal Recipe: How to have a Veggie BBQ
On a sunny evening, we sometimes have a wee BBQ in the park with friends. It’s a real Scottish summer thing to do, and a bit of a treat. I prefer a veggie barbie, and it seems more and more people are now cutting down on meat.  Here’s how to do it:

2 cobs fresh sweetcorn
Packet of halloumi, sliced into 6 – 8 slices
Red pepper, cut into chunks (pop it in a bag with a drizzle of oil)
6 medium mushrooms, destalked and brushed with oil
Pesto (optional)
– Make sure the BBQ is good and hot before you start cooking. Coal BBQs can take awhile to heat up, so light the BBQ early, before you are hungry.
– Put the corn cobs directly on the BBQ, turning often.
– They are ready after about 5 minutes, or when they’re slightly charred.
– Next put the slices of halloumi on the BBQ and cook as you eat the corn.
– Serve halloumi on a bread roll with salad and your favourite sauce (I like chilli).
– When there’s room on the grill, pop on the pepper. You can grill the mushrooms, with a spoon of pesto in the cup.
– You can also enjoy veggie sausages or some veggie burgers on the grill if you feel the need.

Article: The Art of Chunking

It’s easy to get overwhelmed. Overwhelmed by a busy working life, by family demands, social media, oh and then you need to spend time looking after yourself. We’re encouraged to look at the ‘big picture’ rather than the detail of stuff.
However if you break the ‘big picture’ / ‘overall situation’ / ‘to-do’ list into smaller pieces, then things become much more manageable. I am currently redesigning the Griffen Fitness website, which is on paper quite a lot of work. It’s now being tackled one page at a time, one link at a time, one image at a time. I’ll get there! I’ll have to, as it’s launched at the end of this month (announced on Facebook / Twitter).

This is what I do with introducing new clients to an exercise programme. Look at what they’re doing, and then look at the bare minimum they need to do in a week, break it down into basic bits, filling in the blanks and coming up with a simple solution.

It’s called ‘chunking’ and is also useful in distance running. A marathon may look overwhelming, but if you break both the training and the race itself into smaller chunks it’s much more do-able.

“I need to get fit” can seem like a mammoth task, however if you start with small bits you’ll find the small bits combine to make a greater whole. Drop me a line if you need to know where to start.

Have a happy and healthy August,
Tracy 🙂